It was always envisaged that the aircraft would have a Maritime Role, and to that end they were supplied with folding main rotor blades to facilitate stowage inside a ship hangar.

Quite early in its career, a few aircraft had some maritime modifications carried out, to help with weather sealing and drainage, and other minor features.

656 Squadron has a long-standing maritime support role, so is usually the unit that embarks Royal Navy vessels for operating at sea, although other squadrons have also practiced this.

Later in its career a major modification was fielded to make the aircraft more survivable in the event of a ditching in water. Some flotation devices were added beneath the stub wings and alongside the pilot’s cockpit area, which when activated gives the aircraft a much more stable and upright floating stance, allowing the crews a much better chance of escape.

Army Air Corps Apaches have embarked and operated from the following vessels: – 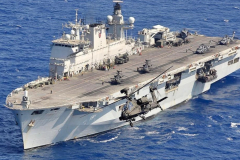 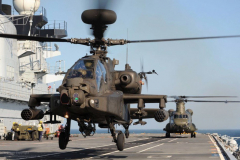 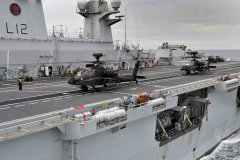 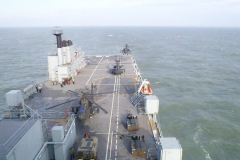 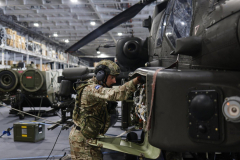 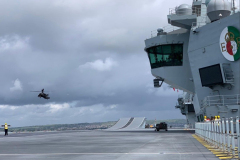 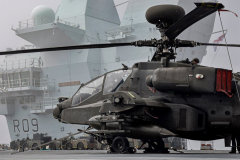 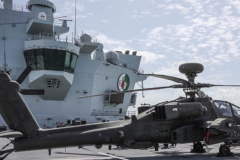 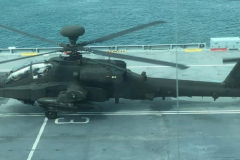 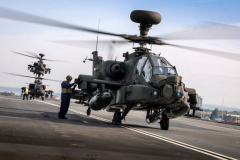 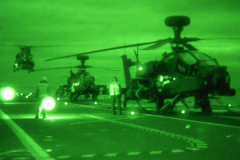 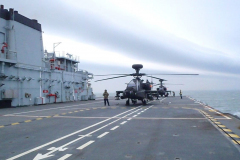 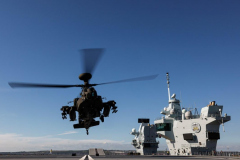 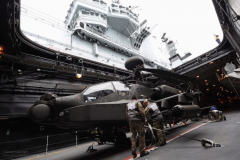 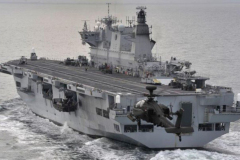